Allah tells us that “If anyone saved a life it would be as if he saved the life of the whole humanity.” Quran 5:32 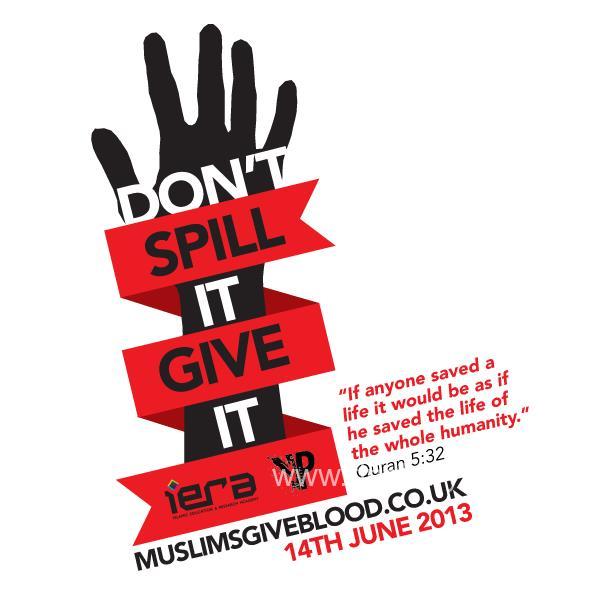 As Muslims living in the West, we have no option but to benefit our society. It isn’t just about verbally professing the message of Islam but also about living Islam by helping our communities. The prophet Muhammad (sallAllahu ‘alaihi wa sallam) was called ‘Al Ameen’ (The Trustworthy One) by his community because he built trust through benefiting the community in many different ways.

All of the Messengers of Allah (‘alaihim assalaatu wassalaam) were individuals with established reputations before they were commissioned to invite to Allah. Given that Muslims have to contend with a billion-dollar Islamophobia industry headed up by certain politicians and sections of the media we, now more than ever, need to build trust within our society. One of the most powerful ways to this is by organising and helping out with various community services. In response to the recent killing in Woolwich, we want to encourage Muslims to give blood.

Young Planners, a voluntary youth organisation, have organised an event on the 14th of June 2013 in five different mosques inviting Muslims to benefit their society by donating blood. This will help save lives and will help cancer patients, postnatal women, surgical units, A & E departments and countless others.

Allah tells us that “If anyone saved a life it would be as if he saved the life of the whole humanity.” Quran 5:32