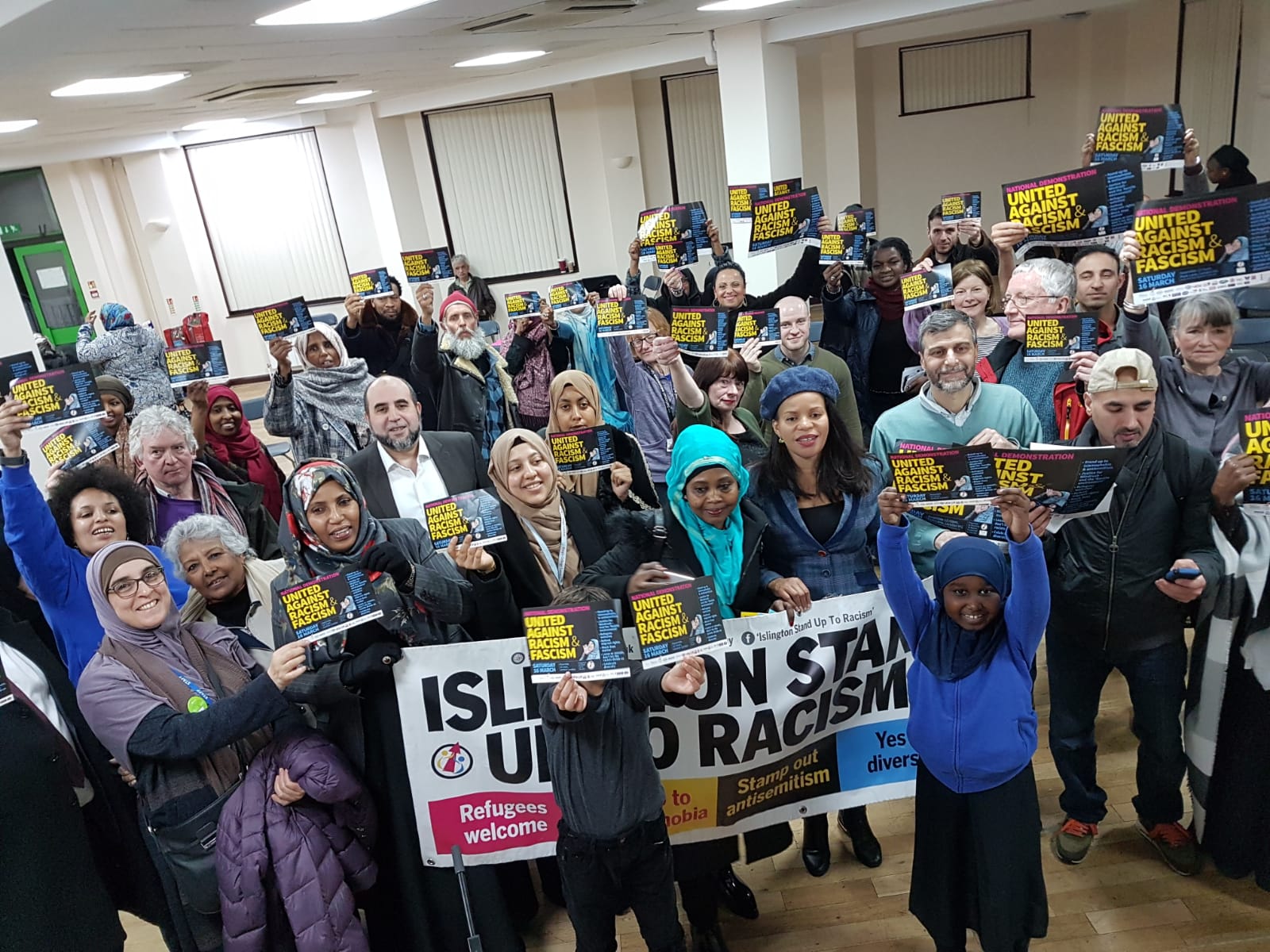 Finsbury Park Mosque and Islington Stand Up to Racism organised a meeting Thursday 7th March to address the issue of Racism & Islamophobia and also the rise of the far right, around 100 people attended the event with a range of speakers including Cllr Claudia Webbe, Nahella Ashraf from SUTR, RMT, Senior assistant general secretary Steve Hedley, Cllr Rakhia Ismail, Amnesty International UK Ulrike Schmidt and Cllr Michelline Ngongo and was chaired by Jan Nielsen from ISUTR.

Mohammed Kozbar, The chair of the Mosque welcomed everybody and speakers addressed issues such as The refugees and deportations, the Windrush Scandal, Escalating School exclusions, Racism and Islamophobia. The message was clear, the challenge facing us all is huge, but together we can turn back the tide!