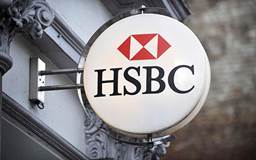 Chief Executive of the Cordoba Foundation has expressed complete dismay at the decision by HSBC to close down his account and those of his wife and two children. Dr Anas Altikriti posted his reaction on Facebook and said that the Bank had refused to provide him with a satisfactory explanation for the decision.

He wrote, “As long and as hard as I tried to get an explanation from the bank, there was a ‘wall of silence’ and I was left only to speculate on what I had done wrong for the bank to act in such a dramatic way against not only myself, but my entire family. I recognise that the terms and conditions stipulate that the Bank is within its rights to terminate an account without having to offer an explanation, but to hide behind Ts & Cs in this way is shabby treatment in the extreme.”

The news of the closure coincided with a decision by the same bank to close the account of the Finsbury Park Mosque and the Ummah Welfare Trust – a Bolton based charity. President of the Mosque, Mohammed Kozbar interviewed by the BBC said, “The bank didn’t even contact us beforehand. Didn’t give us a chance even to address [their] concerns. For us it is astonishing – we are a charity operating in the UK, all our operations are here in the UK and we don’t transfer any money out of the UK. All our operations are funded from funds within the UK.”

Although HSBC have declared that the accounts were outside its ‘risk appetite’, there has been angry reaction to the decision. Local MP Jeremy Corbyn said, “Over the past 10 years, it has developed into a superb example of a community mosque supporting local people and providing facilities for all faiths if they need it. I am shocked and appalled at the decision of HSBC.” Others have questioned the motive behind the decision and have viewed announcement as an “Islamophobic campaign against Muslim charities.”

However, Altikriti has vowed not to stand by and let this issue disappear without a fight and has called for a mass closure of bank accounts opened with HSBC. “My recommendation to each and everyone of you is to close down your accounts (if you’re with HSBC, M&S or First Direct) before they do it for you”.

Already, several persons have posted on Facebook and other media of their intention to close their HSBC bank accounts.

The Muslim Association of Britain has announced that it will be supporting a campaign to withdraw and close bank accounts at HSBC and in a statement, President of MAB, Dr. Omer El Hamdoon revealed that MAB has also been denied the right to operate an account at HSBC. “A few months ago, we opened an account at HSBC and were issued a debit card, paying in book and cheque book as usual, only to be told by the Bank that we did not meet the criteria to hold a bank account. Within three days of opening the account, it was closed by the Bank.”

Express your view. Join the boycott of HSBC bank. Tell us about your experience. Write to: office@mabonline.net