‘Is Your White Elephant Halal?’ – Why Religious Slaughter Must Stay 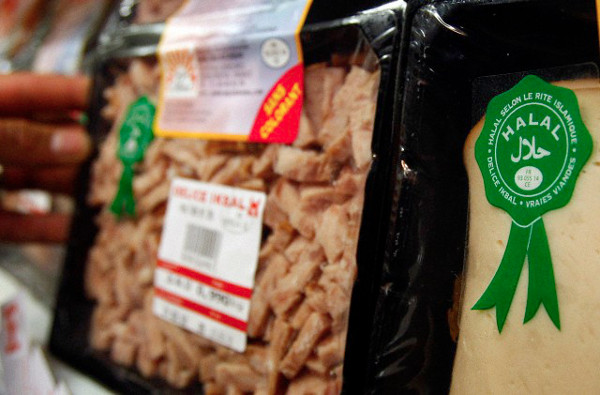 Works in localisation and plays in fields

As someone with experience in the meat industry, specifically halal, this news troubles me. It troubles me because the argument is flawed, and flawed on many levels.

By way of developing this debate, I wanted to share some of my thoughts and opinions in the hope of broadening readers’ understandings of ritual slaughter and why the issue is in fact a massive white elephant.

“If you ask the average British citizen whether they agreed with this, they would say no.” Rosindell’s sweeping statement. Firstly, we all know that the average British citizen couldn’t give two hoots about this issue. If they did they would not be buying a chicken for £1 in Tesco or sinking their teeth into cheap burgers from Romania. The reality is, Brits care about animals, but when it comes to eating them they are more than happy to close their eyes and ears to what happens on the farm, on the road and in the abattoir.

The Daily Mail ran an expose last year of the halal meat industry showing that even in Wembley stadium all the chicken was halal. I wasn’t at the England match last week but I am sure I did not hear of droves of England fans boycotting the chicken burgers? How many average Brits going to Dubai for their holidays have complained about the halal meat?

So let’s not delude ourselves that most Brits suddenly care about the technicalities and details animal slaughter.

It’s against what we stand for

“Why should we allow that kind of thing to go on in this country when it goes against everything we stand for as a people?” When it comes to animal welfare, I would say the British lead the way. However, due to hollow coverage in the media, the British public’s view of halal and kosher has been skewed, twisted and damaged.

I honestly believe if the average man in the street really understood the concept of “halal” there would be no debate going on. Why? Because halal is as near as you can get to a kind, merciful and pain free slaughter, in other words “everything we stand for as a people.”

Muslims are instructed to eat meat that is “halal and tayyib (pure)”. This means the animals must be cared for well, fed natural foods, be treated with kindness. In fact, Islam set down what we would now term as “animal rights” some 1,500 years ago.

Halal is about making the life and the death of the animal the best it can be, in every way. How many Brits would disagree with that?

Other than an opportunity to stir and poke the collective eye of religious minorities, this debate essentially boils down to the use of electricity to stun an animal before slaughter.

Muslims and Jews are against stunning as it’s seen as cruel, unnecessary and unhygienic. For example, having blood remain in the carcass of the animal is common within meat that is stunned. Stunning is where the slaughter man places two prongs on the animal’s head and then electrocutes the brain. This knocks the animal unconscious so they abattoir can string up the animal upside down with one leg, dangling in the air, so their necks can be cut on a rotating chain system.

So let’s firstly get one thing straight – all animals have their necks cut – halal or not halal. The only difference is halal/kosher do not stun and all other mainstream meat is stunned. Secondly, there is nothing kind in stunning. It’s a smokescreen to divert attention away from the fact abattoirs want to increase output and having lifeless animals to slaughter is the easiest way of achieving this.

Whether you personally believe stunning is right or wrong is down to you. You need to research it if it’s an issue to you. If not, enjoy the peace of mind.

Having personally slaughtered over 600 lamb, 1000 chickens, 100 goats, 200 geese ,100 ducks and 1 cow, I can only talk from my experience. I have used stunning as well as not. Without any hesitation I believe non-stunning is more humane. The animal is under less stress, it doesn’t get electrocuted in the head and with a quick cut it is dead within seconds. I am in no doubt that the animal does not feel pain when its neck is cut – it’s dead before it knows anything.

Stunning to me is like arguing that it’s kinder to bash someone over the head to knock them out before you stab them through the heart.

I don’t believe the UK government will allow this legislation to pass. Why? The Jewish lobby won’t allow it for one. Secondly, this method of slaughter is sacred; it’s a tradition passed from Prophets to men to show them how to treat animals both during life and at death. Why should this sacred tradition be squashed simply off the back of ignorance and a misplaced understanding of what is kind and what is cruel?