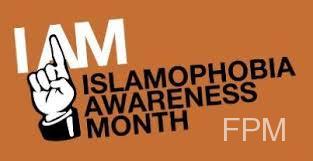 To mark the first anniversary of Islamophobia Awareness Month
You are invited to a Panel Discussion hosted by Jeremy Corbyn MP
at the House of Commons, Monday 25 November at 7pm
Islamophobia or anti-Muslim hatred is reaching worrying heights in Britain, across Europe, and globally. Racist and fascist fringe parties are gaining ground amidst economic crisis, and mainstream parties increasingly cater to populist, nativist and xenophobic electoral agendas fanned by sensationalist media scaremongering. From the niqab ban and anti-sharia legislation, through a marked erosion of civil liberties under War on terror securitisation, to racist discrimination in housing and employment, Islamophobic prejudice is now prevalent in the mainstream, on display in political life, in the media and in the attitudes of the police and the courts.
One year after the launch of the first ever Islamophobia Awareness Month speakers will discuss the impact of events over the last year, old and new challenges, current priorities, and what’s next for the campaign against Islamophobia.
Chair: Jeremy Corbyn, MP

IAM coordinates a rich and diverse programme of events and activities organised with partners supporting the campaign to raise awareness and forge solidarities across anti-racist and anti-war agendas.
This event is free but registration is essential.
To register RSVP to manija.omar@iengage.org.uk