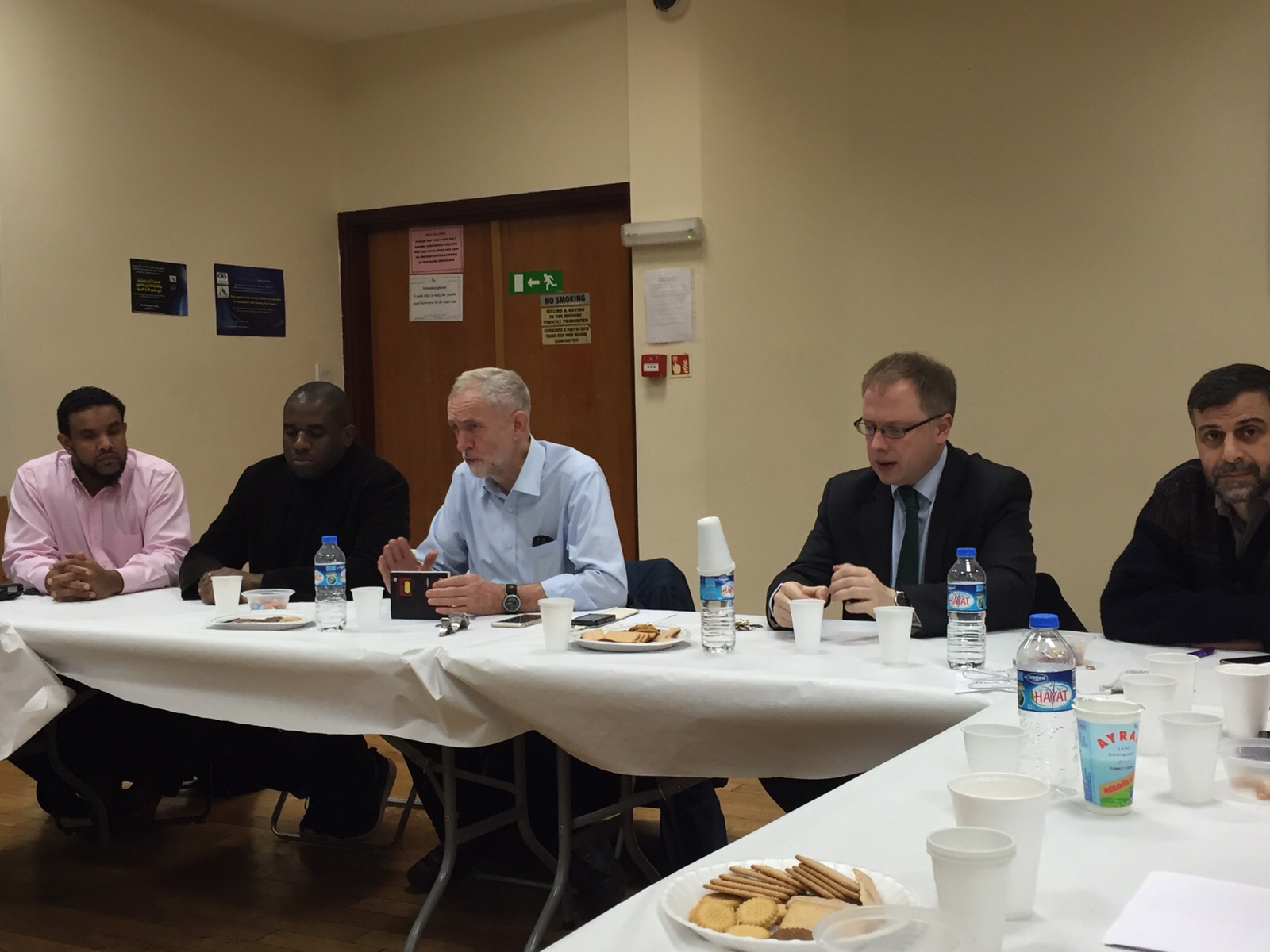 Leader of the Labour Party Jeremy Corbyn MP, Catherine West MP, David Lammy MP and Richard Watts, Islington Council leader visited Finsbury Park Mosque (FPM) yesterday to meet Mosque trustees and leaders from the Muslim community who hailed from different cities across the UK. They all converged at the Mosque to offer support and solidarity following an arson attack on the Mosque on Friday 27th November 2015 at 8.25pm

The horrific Islamophobic attack shocked the Mosque congregation and the local community. The visit by the Labour leader, for the second time in a month, and others was an opportunity to discuss measures to stop such incidents in the future.

Mr Corbyn and colleagues declared in unison that “there could be no justification for such crimes in our society and that the full force of the law should be brought to bare on the perpetrators”. Mr Corbyn added that the police had assured him that steps have already been taken to protect the congregation and the local community.

He commended the Mosque for its “long-standing commitment to British society’s multi-cultural and multi-faith principles, demonstrating brilliantly in the manner in which the Mosque was transformed by locals from being a place of trouble to an award-winning model for community cohesion and an inspiration to other Mosques and Islamic centres”.

Mohammed Kozbar, chairman of the Finsbury Park Mosque, thanked Mr Corbyn, others Members of Parliament and leaders for their timely visit and show of support. The Mosque also received London Commander Lucy D’Orsi, who assured Mr Kozbar that all necessary security measures are in place to keep everyone safe.

Below is the link to the footage and image of Friday incident at the Metropolitan Police website.