Londoners bring flowers to vigil in show of solidarity with victims 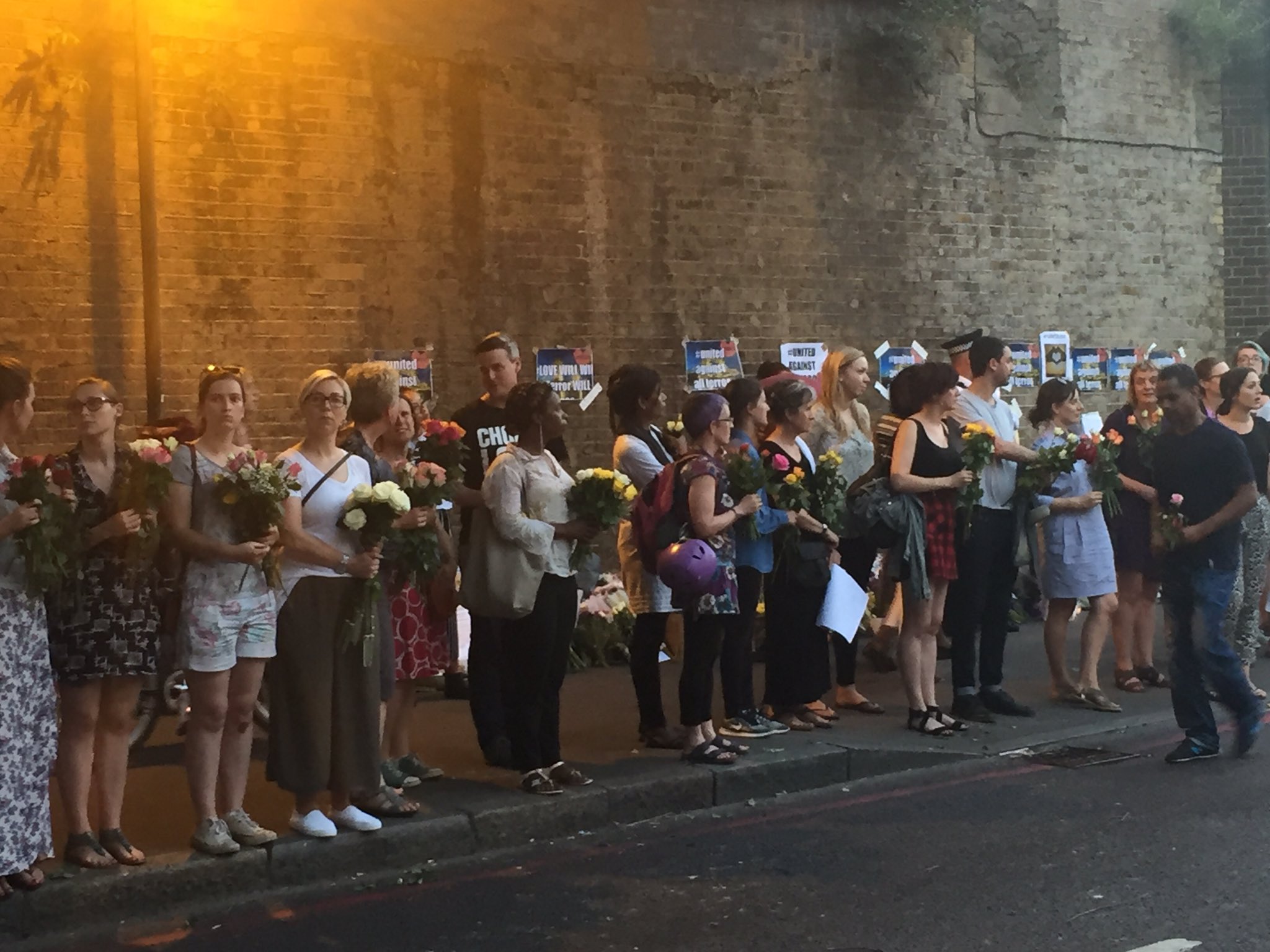 Hundreds of people took flowers to Finsbury Park and gathered outside a mosque in the area on Monday night at a vigil held for victims of the terrorist attack that took place less than 24 hours earlier.

One man died and 11 people were injured when 47-year-old Darren Osborne allegedly rammed a white van into a crowd of worshippers at around 12:30 on Monday morning.

He seems to have deliberately targeted the north London area at a time when it was busy with Muslim worshippers attending Ramadan night prayers at their local mosques.