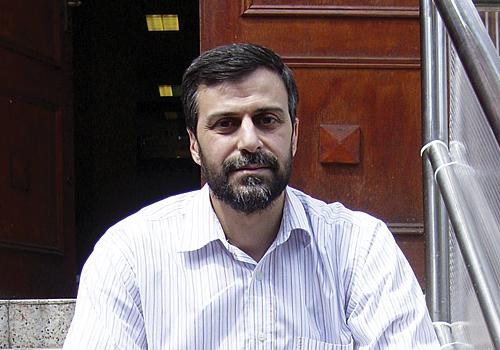 LEADING figures in the community rallied around a Finsbury Park mosque this week following a “white powder” attack which forced police to evacuate the building and close off a road.

It happened after North London Central Mosque – formerly Finsbury Park Mosque – received a package in the post with a racist message and a consignment of mysterious white powder.

Police decided that as a precaution they would close the building for four hours last Thursday afternoon, along with St Thomas’s Road outside.

Two senior members of staff who handled the powder were put under observation.

However, after the substance was analysed in a police laboratory it was found to be harmless. Police have identified the powder but are not disclosing what it is while investigations continue.

Mohammed Kozbar, a spokesman for the mosque, said it was used to receiving hate mail but this was something different.

“We didn’t want to take a chance that the powder was dangerous and the police agreed. It was a very stressful time,” he said.

Mayor of Islington Councillor Phil Kelly, who represents the area, also expressed his sympathy with the mosque.

Since the imprisonment 10 years ago of the notorious Islamist hate preacher Sheikh Abu Hamza, the mosque has opened its doors to the community.

Non-Muslims are able to hire halls and conference facilities and an open day is being held from 10am to 5pm on June 26 when visitors can learn out about the Muslim community.

Mr Kozbar said: “We want people to know that Islam is not about extremism but is a religion about living a good and peaceful life. We hope as many as possible will come next Sunday to talk to us.”

Mr Corbyn said: “I’m a great admirer of the work of the mosque. They are part of the community and do not deserve to be treated in this disgusting way by people who seek to threaten them.

“I expect to be attending the open day next week and hope there is a huge turnout from the community to show there is togetherness in Finsbury Park. Cllr Kelly, who was appalled by the incident, agreed that the mosque played an influential role in the area.

Cllr West said she always had a busy surgery at the mosque. “I’m looking forward to the open day,” she added.

Police are investigating malicious communications sent to a number of addresses in London and other parts of the UK. “Inquires are ongoing. No arrests have been made,” said a spokesman.
Published: 17th June, 2011 by PETER GRUNER.
Tags: