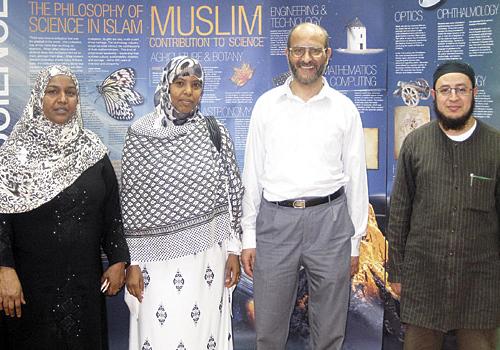 HUNDREDS turned out for the open day at the North London Central Mosque in Finsbury Park on Sunday.

A history of Islam, a chart of British-Muslim celebrities, and Muslim contributions to academic achievement were all on display in the mosque’s main reception hall.

MP Jeremy Corbyn and Islington Council leader Catherine West were all in attendance.

Imam Ahmed Saad, who took over leadership of the mosque in 2006, gave visitors a tour of the building including the men’s and women’s prayer rooms.

He said: “It’s good that people come and see what Islam is about. We just want to pray in peace. We are associated with a certain history, but the management and leadership have changed and we have no connections to anything all, but peace.”

The former Finsbury Park Mosque, in St Thomas’s Road, was first opened in 1994 by Prince Charles. It gained notoriety when its members appointed extremist cleric Abu-Hamza al-Masri as Imam.

But it now attracts a diverse range of worshippers, and plays an important part in successfully integrating Muslims into north London life.