The virtues of Shaban 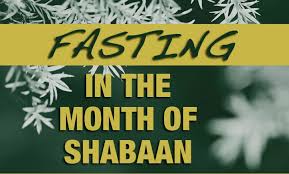 The virtues of Shaban are a gift from Allah the Bountiful, the Bestower.

Osama son of Zaid –May Allah be pleased with them- said: I said O messenger of Allah: I didn’t see, you Fasting in any month as saw you do in Shaban?

He -peace and blessings be upon him- said: “That’s a month the people neglect it between Rajab and Ramadan, and in that month- Shaban- the people deeds are raised to the Lord of mankind, so I love to be fasting, while my deeds are raised.”

The prophet’s fast in Shaban: whereas Shaban is considered as a preparation for Ramadan, it’s preferable for Muslim to fast some days in it.

Imam Ibn Rajab (one of Muslims scholars) said: “as to the prophet’s fasting during the year, he used to fast in Shaban more than any other month” [lata’ef el ma’aref]

Imam AlSanany said: “this hadith proves that the prophet -peace and blessings be upon him- was fasting in Shaban more than any other month” [sobol el salam]