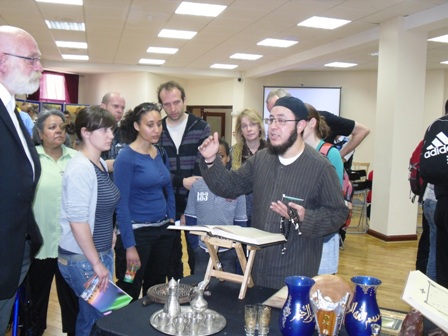 For the fourth year on row the Finsbury Park Mosque has held its annual Neighbourhood Day on Sunday the 26th of June 2011. The day was a great success with hundreds visiting the mosque, taking mosque tours and leaving very positive feedback. Jeremy Corbyn MP, Cllr Catherine West , Cllr Andy Hull and many others attended and showed great support to the activity. Safer Neighbourhood Police, Islington Coucil have also participated and had stalls.

The event that started at 12:00 midday and concluded at 6:00 PM welcomed many members of the non-Muslim community and neighbours of the mosque who came to see, explore and even spend a nice time.