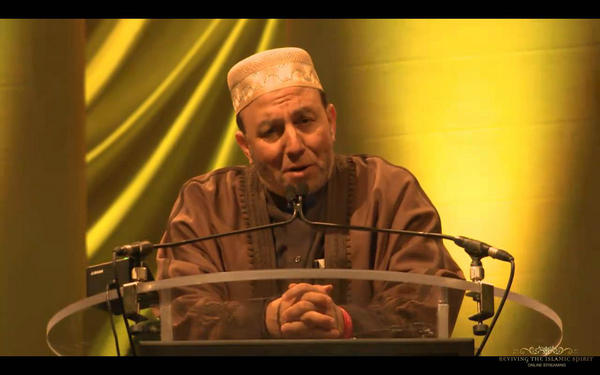 Shaykh Mohammed Jebril; a famous recitor from Egypt visited the Finsbury Park Mosque. The Shaykh spent the day with the community and led the Maghrib and Ishaa Salah. It was a nice experience to listen to Quran from the Shaykh.

Below is a short biography of Shaykh Jebril:

Muhammad Jebril is known in the Islamic world as “Sheikh Jebril”. He got the B.A degree in Islamic Law at Al-Azhar University. He learned Koran by the age of 9. More than once, Sheikh Jebril won the Egyptian and international competitions of Koran recitation. He was named as Imam of the famous mosque Amr Ibn Al’Ass in Cairo in 1988. Every year, thousands of people rush to the mosque during Ramadan to attend the Tarawih prayers that are lead by him. Sheikh Muhammad Jebril is, also, a University professor in Jordan. He has plenty of complete recitations of Koran. He took part and organised several TV shows in lots of Arab channels around the Koranic theme. At last, Sheikh Jebril is especially admired for the quality of his “Dou’as Al Qunût” (Invocations during prayer).