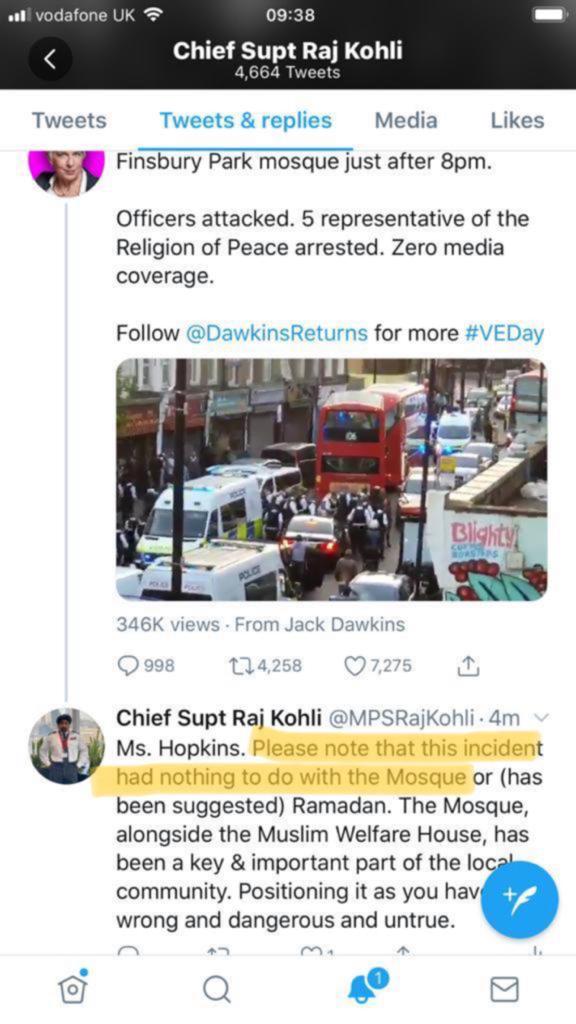 On the 8th of May, an incident occurred in the Finsbury Park area after which Police took decisive action. Finsbury Park Mosque was therefore stunned to find that media commentator Katie Hopkins had tweeted an image from the CCTV clip, and falsely claimed that the incident and the culprits were somehow linked to the Mosque.

Upon instructing our legal representatives, Ms. Hopkins removed the tweet, which by then had been retweeted, liked and seen thousands of times. Ms. Hopkins then moved to issue an apology to the Mosque, which we have accepted.

Finsbury Park Mosque wishes to reiterate its focal role of establishing harmony, positive relationships and prosperous networks, throughout the area of London which it resides, and which is renowned for its multi-cultural, multi-faith and diverse nature.

Over the past 15 years, Finsbury Park Mosque has won numerous awards pertaining to community work, community cohesion, diversity and multi-culturalism, thanks to its population of several thousand worshippers, friends and supporters from across the religious, cultural and racial spectra.

At a time of deep division within our society and the prominence of hate, suspicion and fear due to an array of reasons, Finsbury Park Mosque wishes to remind everyone of our personal and collective responsibility to not only speaking truth, but doing all we can to bridge those divides and to bring our people and our communities closer.

Here is the links to Katie Hopkins apology: