In response to the concern of our local community about Hate Crime, Islamophobia and Anti Social Behaviour, a conference organised at Finsbury Park Mosque in partnership with the Islington council, the Police and Muslim Welfare House on Friday 5/4/2013 at the mosque conference hall.

Hundreds of local community members attended the conference to listen to senior Councillors from Islington council and the senior police officers including the Borough Commander Chief Supt Gerry Campbell and the local MP Jeremy Corbyn. The audience expressed their concerns about the hate crime and Islamophobia in particular; their demand was that this issue should not be tolerated in our community and should be taken seriously by the local authorities. A member of the community explained how she was attacked because she was wearing the Hijab.

The police and the council gave assurances to the community that they take this issue seriously and they will do their best to protect the community from such attacks and make sure victims are supported.

Everyone agreed that working all together in partnership will be the best way to stamp this issue out and to reduce hate crime and ASB in the future. 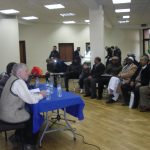 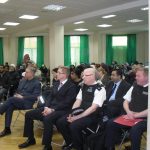 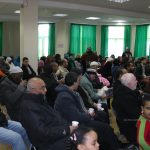