The Neo-Inquisition: One of the Fitan before the Last Day 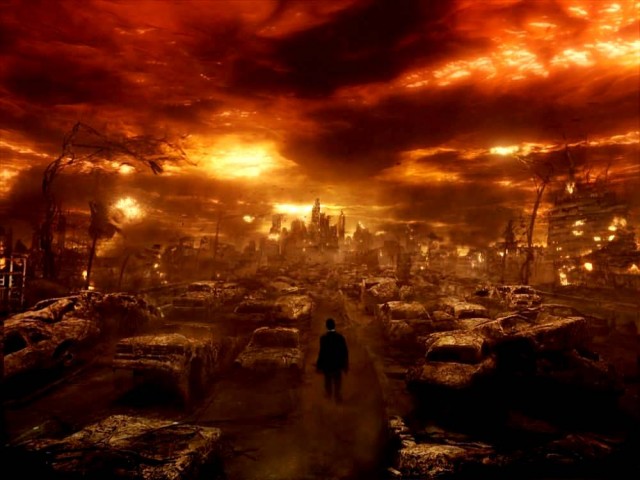 No one on earth has the right to tell what is in the heart of another human being or to judge his faith; simply, because faith belongs only to Almighty Allah. Even when scholars evaluate, based on their knowledge, the views of others, they, full of manners and etiquettes, stick to the brilliant Islamic principle of husn adh-dhann (good thinking).

Yet, with all the traditional heritage which speaks about the importance of thinking good of others, finding excuses for them, avoiding any attempt of judging their faith unless they themselves admit decisively and clearly a position, in a way that does not have any alternation or second understanding, there are some brothers and sisters here and there who are selling their akhirah by falling into the honour and the deen of others, trying to classify or sectify them forgetting or neglecting the hadith narrated by Ahmed, Abu Dawud, At-Tirmidhi and Ibn Hibban, that reads: “O You who have declared faith only by tongue, faith yet has not entered their hearts! Do not backbite Muslims or follow their slips (mistakes), for whoever follows their mistakes, Allah will follow his mistakes. And whomever Allah follows the mistakes of, He will scandalise him even if he were inside his own house.” These brothers and sisters do not know the least that can be said about what they do is that it is lack of adab (good manners), let alone the fact they are harming the believers with something they (the believers) have not done. Almighty Allah says in Surat An-Nur: “And those who speak evil things of the believing men and the believing women without their having earned (it), they are guilty indeed of a false accusation and a manifest sin.” (An-Nur: 58) The disaster is that many of these brothers and sisters speak of things that they have not witnessed by their eyes, people communicating falsehood based on falsehood and if you try to ascertain the source of the information, you will end up to nowhere. `Umar ibn Al-Khattab (May Allah be pleased with him) teaches us the adab of abstaining from communicating everything we hear. He says: “It is enough lying to say everything you hear.” What add insult to injury is that these brothers now speak about scholars and du`ah who spend their days and minutes in the service of this deen, so the scholars are spending their days in the service of the deen and the brothers rewarding them by writing that these are ‘deviants’, ‘evil’ or ‘devils’, not knowing that the flesh of scholars is diseased and whoever eats it (i.e. speaks ill about them) Allah will plague him with the death of his heart (he will not be connected to Allah anymore, nor feel sweetness in anything). Such an awful punishment is something that everyone should avoid by sticking to this simple adab (etiquette).

Distributing certificates of Iman and kufr is not the job of any of us. It is not our job either to ask if this Sheikh has a clean `aqidah (belief) or not. What is a clean `aqeedah as well? They will answer you, (`aqeedah that free from bid`ah!) Ok! What is bid`ah and is bid`ah something that relates to faith or to Fiqh and should we judge it in the realm of faith or the realm of practice. In addition to this, how can we say that someone’s Iman is fake or damaged because he simply has a view that is different from ours; yet, falling with the realm of Islam and the valid difference of scholars. How can we reject someone just because has chosen to follow another Islamic school of though that is Islamically valid and falls within the scope of mercy (rahmah). This Neo-inquisition of asking about people’s `aqeedah is the biggest bid`ah (innovation) and fitnah (mischief and corruption) of our time that should be stopped. We, brothers and sisters, have to stop sectifying (making them sects) people or branding them in anyway, simply because this will not do any good job to our Ummah or our community and will just create divisions. Our young brothers and sisters should fear Allah and stick to adab and know their positions in knowledge, that they are nowhere. They have to respect their elders and learned ones and ask Allah to have mercy upon them all, because without them doing that, they cannot claim being students of knowledge, simply because adab (manners) happen before knowledge. O Allah, show us the truth and enable us to follow it and show us the falsehood and enable us to avoid it!