What they said about Prophet Muhammad (PBUH) 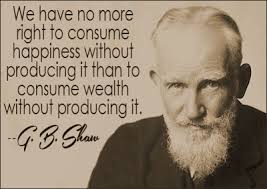 “I have always held the religion of Muhammad in high estimation because of its wonderful vitality. It is the only religion which appears to me to possess that assimilating capacity to the changing phase of existence which can make itself appeal to every age. I have studied him – the wonderful man and in my opinion for from being an anti-Christ, he must be called the Savior of Humanity.”

“I believe that if a man like him were to assume the dictatorship of the modern world he would succeed in solving its problems in a way that would bring it the much needed peace and happiness: I have prophesied about the faith of Muhammad that it would be acceptable to the Europe of tomorrow as it is beginning to be acceptable to the Europe of today.” My choice of Muhammad to lead the list of the world’s most influential persons may surprise some readers and may be questioned by others, but he was the only man in history who was supremely successful on both the secular and religious level.”

I wanted to know the best of the life of one who holds today an undisputed sway over the hearts of millions of mankind…. I became more than ever convinced that it was not the sword that won a place for Islam in those days in the scheme of life. It was the rigid simplicity, the utter self-effacement of the Prophet the scrupulous regard for pledges, his intense devotion to his friends and followers, his intrepidity, his fearlessness, his absolute trust in God and in his own mission. These and not the sword carried everything before them and surmounted every obstacle. When I closed the second volume (of the Prophet’s biography), I was sorry there was not more for me to read of that great life“. “The good sense of Muhammad despised the pomp of royalty. The Apostle of God submitted to the menial offices of the family; he kindled the fire; swept the floor; milked the ewes; and mended with his own hands his shoes and garments. Disdaining the penance and merit of a hermit, he observed without effort of vanity the abstemious diet of an Arab”.

Dr. William Draper, in ‘History of Intellectual Development of Europe’

“Four years after the death of Justinian, A.D. 569, was born in Mecca, in Arabia, the man who, of all men, has exercised the greatest influence upon the human race… To be the religious head of many empires, to guide the daily life of one-third of the human race, may perhaps justify the title of a Messenger of God.”

rthur Glyn Leonard ,in ‘Islam, Her Moral and Spiritual Values’ “It was the genius of Muhammad, the spirit that he breathed into the Arabs through the soul of Islam that exalted them. That raised them out of the lethargy and low level of tribal stagnation up to the high watermark of national unity and empire. It was in the sublimity of Muhammad’s deism, the simplicity, the sobriety and purity it inculcated the fidelity of its founder to his own tenets, that acted on their moral and intellectual fiber with all the magnetism of true inspiration.”

Philip K. Hitti  ,in ‘History of the Arabs‘

“Within a brief span of mortal life, Muhammad called forth of unpromising material, a nation, never welded before; in a country that was hitherto but a geographical expression he established a religion which in vast areas suppressed Christianity and Judaism, and laid the basis of an empire that was soon to embrace within its far flung boundaries the fairest provinces the then civilized world”.

“Head of the State as well as the Church, he was Caesar and Pope in one; but he was Pope without the Pope’s pretensions, and Caesar without the legions of Caesar, without a standing army, without a bodyguard, without a police force, without a fixed revenue. If ever a man ruled by a right divine, it was Muhammad, for he had all the powers without their supports. He cared not for the dressings of power. The simplicity of his private life was in keeping with his public life.”

”In Mohammadanism everything is different here. Instead of the shadowy and the mysterious, we have history….We know of the external history of Muhammad….while for his internal history after his mission had been proclaimed, we have a book absolutely unique in its origin, in its preservation….on the Substantial authority of which no one has ever been able to cast a serious doubt.” “Muhammad, the inspired man who founded Islam, was born about A.D. 570 into an Arabian tribe that worshipped idols. Orphaned at birth, he was always particularly solicitous of the poor and needy, the widow and the orphan, the slave and the downtrodden. At twenty, he was already a successful businessman, and soon became director of camel caravans for a wealthy widow. When he reached twenty-five, his employer, recognizing his merit, proposed marriage. Even though she was fifteen years older, he married her, and as long as she lived, remained a devoted husband.

“Like almost every major prophet before him, Muhammad fought shy of serving as the transmitter of God’s word, sensing his own inadequacy. But the angel commanded “Read.”So far as we know, Muhammad was unable to read or write, but he began to dictate those inspired words which would soon revolutionize a large segment of the earth: “There is one God.”

“In all things Muhammad was profoundly practical. When his beloved son Ibrahim died, an eclipse occurred, and rumours of God’s personal condolence quickly arose. Whereupon Muhammad is said to have announced, “An eclipse is a phenomenon of nature. It is foolish to attribute such things to the death or birth of a human being.” “At Muhammad’s own death an attempt was made to deify him, but the man who was to become his administrative successor killed the hysteria with one of the noblest speeches in religious history: “If there are any among you who worshipped Muhammad, he is dead. But if it is God you worshipped, He lives forever.”